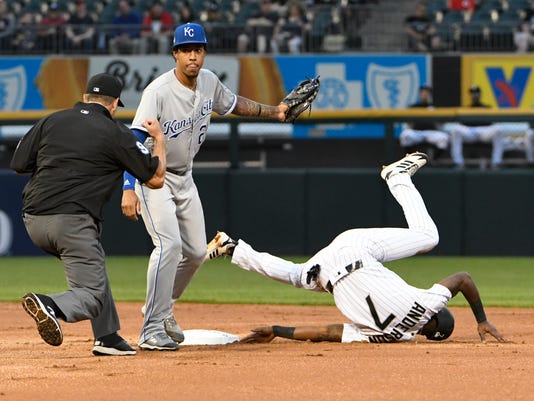 CHICAGO (AP) — Ryan O’Hearn got the ball from his first major league hit. Brett Phillips got his bats back.

For one night at least, everything was all right with the Kansas City Royals.

O’Hearn hit a two-run homer in his big league debut, helping Danny Duffy and the Royals beat the Chicago White Sox 4-2 on Tuesday.

“Today was the most fun I had at a baseball field, once I kind of settled down a little bit, ever,” O’Hearn said. “I’m ready to get back tomorrow.”

It was Phillips’ first hit since he was acquired Friday in the trade that sent third baseman Mike Moustakas to Milwaukee. Phillips had to use Hunter Dozier’s bat for his Kansas City debut…

Do NOT follow this link or you will be banned from the site!